Water for the Hearts

Off we went in pursuit of some recreational walking today, with the first thought being to head to Yamanashi and the Nishizawa River Gorge (Nishizawa Keikoku), but when we hit the Chuo Expressway & saw that the traffic jam was already 35 km. long we decided to get off the highway & head for something a bit closer to home.

Of course, getting off the expressway didn't equal getting out of traffic and two and a half hours later, yet still only about 40 km from home we finally parked the car close to Mitake Train Station (if you're going by train you can get to Mitake from Shinjuku on the Chuo Line) and went down the steps to the path along the Tama River. The Tama River starts in Yamanashi & makes its way along a 138 km long path until it ends the journey in Tokyo Bay. 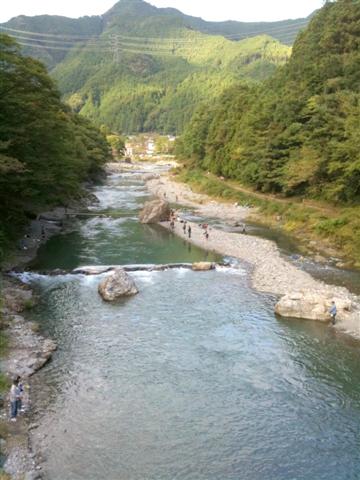 Along the way the river gets a lot of use and today we saw a pretty good mixture of that use. We saw kayakers practicing their turns in the moderate rapids and other kayakers gliding along in the more placid areas of the river. The Tama seems to offer enough variety from smooth moving water, to white water rapids, to satisfy a varied level of kayaking sportsmen and sportsladies. 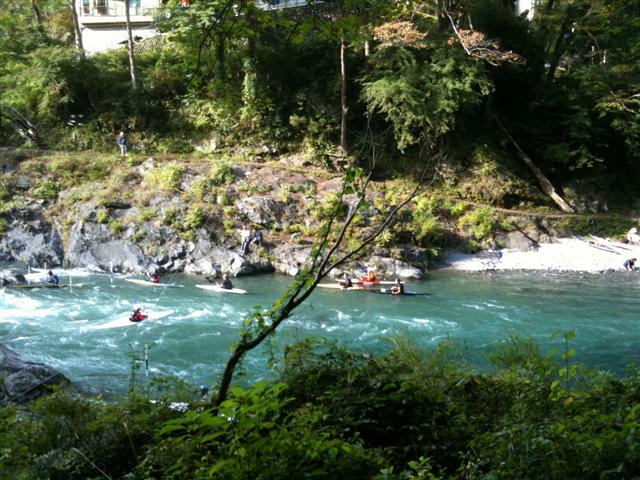 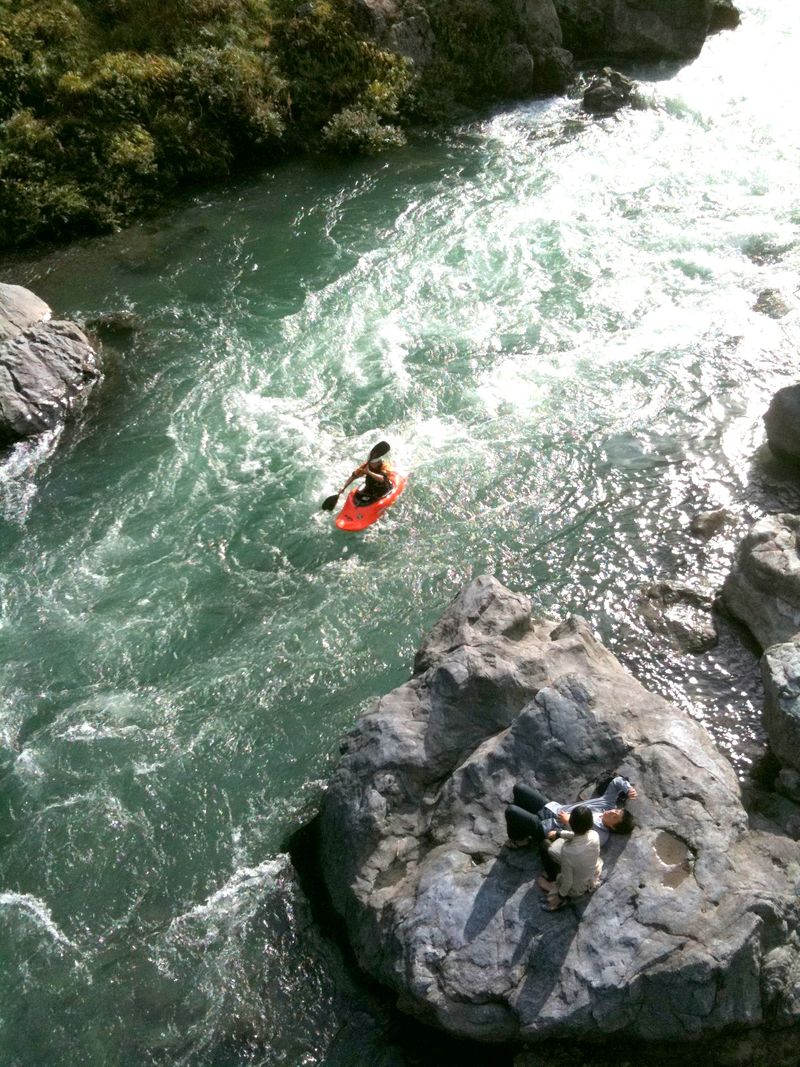 We also saw lots of strong armed rock-climbers-in-the-making practicing their sport on the room and house sized boulders that line the river. When we first saw them, with their bags of rosin and thick foam pads at the bottom of the big rocks we thought it was kind of odd that people would be trying to climb such small rocks (boulders really), but after touching the boulders we soon realized just how slippery they are and since many of them have fairly decent undercuts, we realized that this is probably a pretty good practice area for these young athletes. After watching several of them we also realized that it's a lot harder than it looks, despite the size of the boulders. They can practice without too much danger (although we heard later that it's actually possible to die from a fall that is just higher than one's own height) and get ready for their "big" climbs when they'll tackle the real cliffs in the mountains. 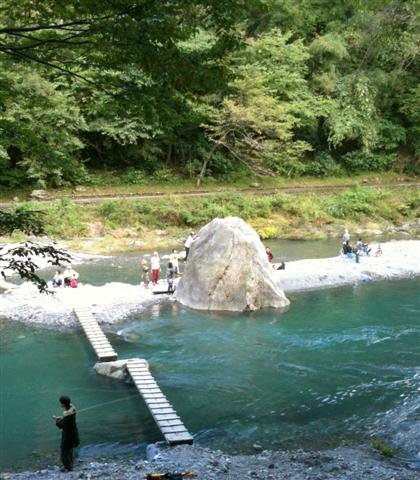 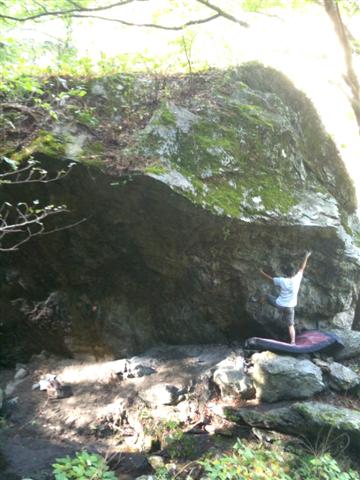 Plenty of fishermen line the banks as they cast for rainbow trout and other fish that call the river home. The poles they use are typically about 6 or more meters (nearly 20 feet) long and some of the fishermen (and here too, fisherwomen) have very good accuracy in placing their hooks just where they want them; as good as any fly fishermen we've seen anywhere. 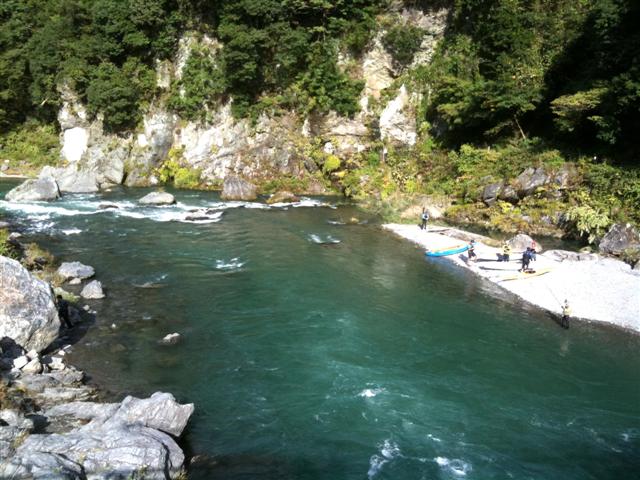 This is a pretty easy "hike" and can easily be handled by children and adults. There are some "tsuri-bori" (fishing ponds) along the way where even the most novice fisherboy or fishergirl can have a good chance to land that big one (for a price, of course) and you even build a fire, or set up a BBQ, along the river and cook the fish you catch. All you need is a few pieces of wood & some sticks to hold the fish over the fire (and maybe a bit of salt to flavor your fish).

If you don't want to catch and cook your own grub there are plenty of places along the river banks and the road above the river to stop and have noodles of many varieties, or grilled fish, or just about anything you want to eat. You can also pack a picnic lunch and sit on the river, enjoying your food and drinks, while watching the kayakers practice in the eddies and currents of the river. COFFEE TIME BY THE TAMA RIVER!