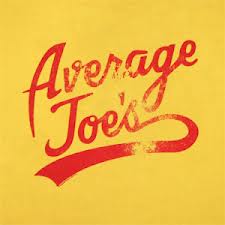 What, exactly, is the meaning of average?

According to Collins English Dictionary it means, the typical or normal amount, quality, degree” of something.

But, averages vary from country to country. And, since we live in Japan, I researched some Japan averages versus some western averages.

Since the thing we observe most every day is other people let’s look at some comparisons of averages for humans.

As an American, I’ll make most of the comparisons between Americans and Japanese, but I’ll throw in a few European and other Asian averages just to keep things balanced.

According to the US National Center for Health Statistics, the average American male is 5’ 9” (175 cm.) tall and the average weight is 190 pounds, or about 86 kilos. This isn’t to say that’s a healthy weight, it is just the current average. Of course, the older one is, the more one can weigh and still be considered in the healthy range. For example, in my age group, about 81 kilos is considered a healthy
limit. But then again, this is for someone 175 cm tall. So, in my case, I can either lose a couple of kilos or I can grow another 5 centimeters taller.

For American women, who average 164 cm, the average weight is about 59 kilos.

Diet, of course explains a lot of the difference in averages, but as we all know, thanks to places like MacDonald’s and other fast food, Japan is slowly catching up to America. Eating all that fast food may soon cut into the average Japanese life span, which according to the CIA World Factbook’s 2011 estimates is an overall 82 years - that’s 79 for men and almost 86 for women.  That beats the US’s average of 78 overall (and 76 for men, 81 for women). But, it falls behind a few countries like Monaco where the overall average is close to 90.

According to the USDA, Americans eat 38 kg of beef each every year. Japanese eat about 14 kg.  But the worldwide champions of beef consumption are the Argentineans at 56 kilos and central Europeans manage to consume about 13 kilos each.

On the other hand, says the National Maritime Fisheries Service, Japanese eat much more seafood. The average Japanese goes through 27 kg of fish and shellfish each year compared to only about 24 kg per American. And those beef eating Argentineans I mentioned earlier?  Only 8 kg per person.

So, how do the people of the world get out and about to buy that beef or their daily serving of fish?
Well, in the USA many will use their cars. Of course, that’s also true in Japan if one lives in the countryside rather than a major city like Tokyo or Osaka.  According to data compiled by the Japan Automobile Inspection & Registration Information Association the average home in Japan has 1.09 cars. A study done by Experian showed that the average number in America is 2.3 cars per home with 35% of households having 3 or more cars. The Aussies run a close second though with 1.7 cars per
household.

So if you’re an average Japanese you’re going to eat twice as much fish as you do beef. You’ll only get to drive a car sometimes because someone else in your home may get the keys first, but on a positive note you’ll live to a ripe old age which, by the way, gives you more time to eat ice cream because the average Japanese only eats less than 1/10th of a liter per year compared to the average American and Australian who eat almost 14 liters per year.