Should hikers be charged to climb Mt. Fuji? 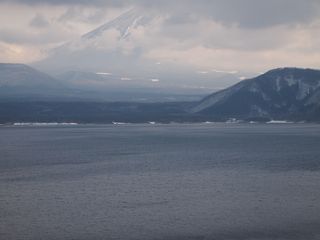 Mt. Fuji was designated a “cultural” rather than “natural” site and registered under the title “Mt. Fuji: Object of Worship, Wellspring of Art.”

Per Wikipedia, a Cultural World Heritage Site represents a masterpiece of human creative genius; to exhibit an important interchange of human values, over a span of time or within a cultural area of the world, on developments in architecture or technology, monumental arts, town-planning or landscape design.

A Natural World Heritage Site is something occurring in nature that are natural phenomena or areas of exceptional natural beauty and aesthetic importance; outstanding examples representing major stages of earth's history, including the record of life, significant on-going geological processes in the development of landforms and features.

In the past, residents and officials had attempted to register Mount Fuji as a natural World Heritage site, but were turned down due to illegal dumping of garbage and the fact that the mountain actually lacks any global uniqueness as a volcanic mountain (from a TV show we watched last night, there are several volcanos around the world that actually look quite a bit like Fuji).

In 2012, Japan formally asked UNESCO to add Mount Fuji to the list of cultural World Heritage sites in consideration of its religious significance and repeated depictions in works of art.

Local area mayors are now proposing a fee to cover the costs of clean-up, as well as to keep the number of climbers at a reasonable level, with various fees proposed: 1,000 yen to 10,000 yen.

I've asked a few Japanese, as well as foreigners living in Japan, if they agree that a fee should be charged. I've heard both 'yeas' and 'nays' with they yeas saying the money should be used for clean-up or to defray some of the costs for rescue missions undertaken for those who are injured (and some even fall to their death on Fuji). Others felt that it's a national icon and as such people should be able to enjoy it freely.

Personally, I've never climbed Mt. Fuji nor had any serious desire to do so. I've been up to the fifth station, I've driven all around it, I've admired it from afar, but the reality is, up close, it's just a big dark mountain with no real beauty (remember, I said from up close - from a distance, it's a majestic mountain and I always enjoy seeing it, especially covered in snow).