She fell and couldn't get up 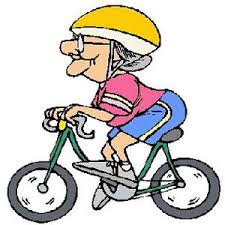 We were driving along Itsukaichi-kaido (the road that leads to Fussa) today and as we passed by a side road I noticed an elderly lady half sitting, half lying, at the side of that road with a bicycle lying on top of her. I made the first possible U-turn and drove back to the side road. She was still laying there so we stopped to lend assistance and call an ambulance if necessary. She didn't want an ambulance, and she didn't want us to call her house, but she could not get up or stand unassisted. We helped her up and she wasn't even able to move for a few minutes. She was in obvious pain. Eventually we got her into our car and while I drove her home my wife followed on the injured lady's bicycle. Fortunately, Mrs. Kikuchi (the injured lady) was clear of mind and she was able to give me precise directions to her house. We got there and figured out why she didn't want us to call her husband. He was wearing a back brace and unable to lift anything. Between the three of us we managed to get her into her house and seated on the step in the genkan (entry). Her husband said he would call an ambulance because it was clear that she was going to be immobile for a while and he probably wouldn't be able to help her. Hope she let him call that ambulance.

I do wonder, though, how many people may have passed by in their cars, saw her sitting there and didn't stop, or how many passed by on bicycles and just looked at her without stopping to help. The reason I wonder is because Itsukaichi-kaido is a busy road.  And, while we were helping her, at least half a dozen people road their bikes by us. The only thing all of them did was stare until I finally called out to a couple of them to ask if they knew her and if she's from the neighborhood. No one knew her, but one lady I stopped asked if she could help by riding the bike to her house, but my wife was doing that so we were all set on that point.

Mrs. Kikuchi told me she was on the way to tend to her garden and as she got off her bike she somehow fell. We're guessing that she grabbed the bike for support and pulled it over on herself. So, it wasn't a bike "crash" as we first thought, which could have caused more damage, but as it is she was - and is going to be, I imagine - in pain for a while. But, even in pain, she wouldn't let us leave her house without giving us a gift of a box of tea that she had her husband bring from one of the rooms in the house. We didn't get her address or phone number, and they didn't ask for ours, so no way to call later and see if she's okay. Just hope she is.

Posted at 07:31 PM in About Tokyo, Bike Rides, Culture | Permalink