Will Japan Become a Nation of Immigrants? 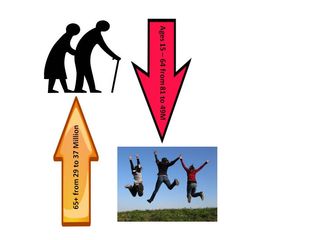 According to Mr. Hidenori Sakanaka, former director of the Tokyo Immigration Bureau and Executive Director of the Japan Immigration Policy Institute, Japan has a thousand year history of being closed to immigrants.

At a press conference held at the Foreign Correspondents Club on May 12, 2016 Sakanaka, who is sometimes called "Mr. Immigration", said that Japan needs to accept at least 10 million immigrants over the next 50 years. Without these immigrants Japan's population will rapidly decrease from the current population of 128 million to less than 87 million by the year 2060, which is not far off from the 83.6 million in the years shortly following WWII. Sakanaka states that such an unprecedented decline will mean that Japan will not be able to sustain itself.

In his book, Japan as a Nation for Immigrants, Sakanaka writes that in half a century the number of people over age 65 will increase from 29 million to 37 million. This group of seniors will then make up 40% of Japan's population.

The population fall-off isn't limited to Japan of course. Many nations are suffering the same fate. China's decades of one child policy means that nation's population will shrink from the current 1.38 billion to 1.34 billion by 2050. Italy will go from 55 million to 43 million.

Meanwhile, the USA is projected to grow from 321 million to 397 million. In fact, a 2008 report by the Pew Research Center projects that the USA's population could grow to as many as 438 million due to immigration with nearly 30% of the future populace being Asian.

Sakanaka wants Japan to become the role model for immigration. Citing Japan's ancient history he recalled how during the Jomon Era (post Stone Age) Japan was a nation of hunter gathers for fifteen thousand years. The country then moved into the Yayoi Era for several hundred years and finally to pre-modern Japan when the nation became one of early government. Mr. Immigration proposed that Japanese should embellish the spirit of Jomon by welcoming immigrants and creating a community of mankind during the next 50 to 100 years.

To accomplish this immigration goal he says Japan needs to develop the legal framework by establishing two cornerstones. The first is to draft immigration laws that will welcome people of all backgrounds. Next, Japan should establish immigration agreements with as many as 100 countries where Japan has friendly diplomatic relations. Sakanaka believes that those countries should commit to sending people to Japan.

He also purports that Japan must abolish its Technical Training System which he says the United Nations has called a form of slavery. This system, which is supposed to help developing countries is, according to some experts, simply a method used to gather cheap unskilled labor for Japanese companies.

Sakanaka commented that since last year the general populace has become more pro-immigration minded. Citing a 2015 poll by the Asahi Newspaper he said that 50% replied positively for immigration while 38% were negative. He compared this to Germany's positive views of immigration of 80%. He continued that a similar poll of the entire nation done by the Yomiuri Newspaper resulted in 38% positive and 62% negative. However, young people in their 20s were 50% for and 49% against opening Japan up to more immigrants. This compares to 10 years ago when the in favor number was near zero percent.

Sakanaka's stance is that of the 10 million immigrants over the next fifty years 500,000 should be refugees. This compares to only 27 refugees accepted from the 7,586 applicants in 2015. He also believes that Japan should commit to accepting 1,000 Syrian refugees per year, especially those with young children.

Can Sakanaka's dream of a Nation of Immigrants be realized? As he writes in his book, he doesn't know how much he can accomplish during his lifetime, but he will continue to take a leading role in immigration reform. He is sure that unless someone of today's generation lays the groundwork for Japan to become an immigrant nation they will be admonished by future generations as having done nothing to fix the problem. He wants the world to remember him a hundred years from now as "a visionary in Japan who dreamed of creating a global community."