Koenji - 高円寺 - is best known for its annual Awa Odori Dance Festival, which is scheduled to be held in late August. However, it is also a mecca for recycle shops - mainly clothes, but some record shops and book shops too. This photo shows what the owner thinks about his/her book store - the Exciting Book Store!

I decided to take a walk to Koenji today. It's only about 3.5 km from my home so a walk there and back, plus walking around the area, turned out to be good exercise as I trekked about 10 km going there, around the area, and back home.

I took a number of photos of shops with rather interesting names as well as one of good old Colonel Sanders decked out as Samurai Sanders.  Here's one of the used / vintage clothing shops, "Slut", and yep, it's on a corner, like any good slut would be. 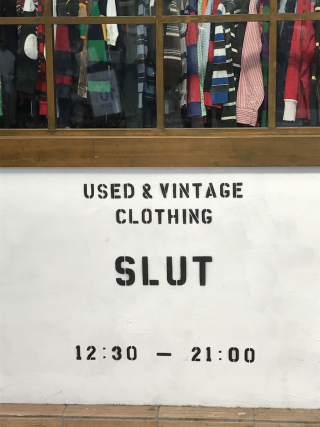 Of course, the good Colonel - all decked out in his Samurai gear - is on another corner far away from the Slut.

Why not go and see some of these interesting shops yourself with a few hours spent in Koenji walking around.

Despite the plethora of interesting shops, eateries, and interesting people the thing that struck me the most, though, was the number of shops displaying Help Wanted signs. I lost count, there were so many.

My friend, Michael, wrote of the demise of the shopping streets in San Francisco in his recent blog in Pro Commerce. Michael says that Union Street in San Francisco has died due to the strong opposition to chain stores and bad night-day balance.

Koenji has no major chain stores. But neither do many neighborhood shopping streets in Japan. It does have a decent night-day balance with numerous bars and places to eat at night, and it's known for its music scene as shown in the poster below for this coming weekend's music fest (May 4-6, 2017). 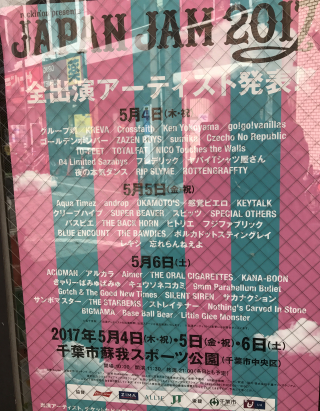 But, if anything is going to kill Koenji, and other shopping areas in Japan, it seems that the lack of people to work in the shops and restaurants will be the ammunition to fill the gun.

Japan's labor shortage is real. With an unemployment rate of just 2.8% there are at least 1.5 jobs for every applicant. As Japan's population ages and shrinks just what are these shops, restaurants, hotels, and other businesses to do. Read more about this in my article in Majirox News, "Will Japan Become a Nation of Immigrants?"

Now, get your walking shoes on and head on over to Koenji before those shops are gone!