« Dirty Hearts San Francisco | Main | All indicators are pointing to » 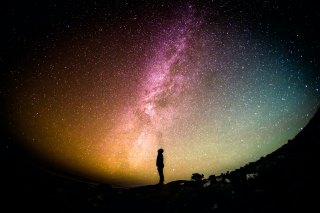 Today, July 7th, is the day Japanese celebrate the Tanabata (Star) Festival. It’s not an official holiday, but it has been popular in Japan since the 8th century when it was imported from China.

This festival celebrates the love of Princess Orihime, the seamstress, and Hikoboshi, a cow herder. As a seamstress, Orihime wove clothes while sitting by the heavenly river, which we know as the Milky Way. Hikoboshi lived on the other side of the river. Their meeting was arranged by her father who was one of the gods. It was love at first sight and they soon married. They loved each other so deeply that Orihime stopped weaving and Hikoboshi allowed his cows to wander freely.

Their carelessness caused Orihime’s father to become angry. As punishment, he forbade them to live together. His daughter begged him to allow them to be together. Although he loved his daughter deeply he only relented to the point of allowing them to meet just once a year on the seventh day of the seventh month, but only if Orihime would begin weaving again and Hikoboshi would tend his cowherd.

When the time came for their first meeting the Milky Way was too difficult for them to get across to each other. Orihime was so saddened that a flock of magpies came to build a bridge for her to cross the river.

Legend has it that if it rains on Tanabata these magpies will not show up and the lovers must wait another year for a chance to meet. The weather forecast for today, July 7, 2020, is cloudy with a small chance of rain in the early afternoon. Will the lovers meet or will a few rain showers keep them apart for another year?